The city of Kaohsiung looks like any city in any advanced country. Modern architecture, skyscrapers, huge supermarkets, convenience stores, historical architecture from the Japanese colonial era, Chinese streets full of billboards, and various religious facilities are all mixed irregularly, and we feel strange feeling many times while walking around the city. What is this feeling? It is a feeling that is hard to explain, hard to put into words. Nostalgic? A sense of déjà vu? To find the reason, we walk around the city, take a camera, trace earnestly, and ponder, just as many artists have obsessively painted their subjects to grasp them.
It looks like Tokyo, it looks like Seoul, it looks like Bangkok, Kuala Lumpur, and other cities in Southeast Asia, and of course it looks like China. We extract the contemporary city itself from the Kaohsiung cityscape which looks like anywhere, and form a city that looks like anywhere but is nowhere by Stickers-drawing (Stippling by office stickers). 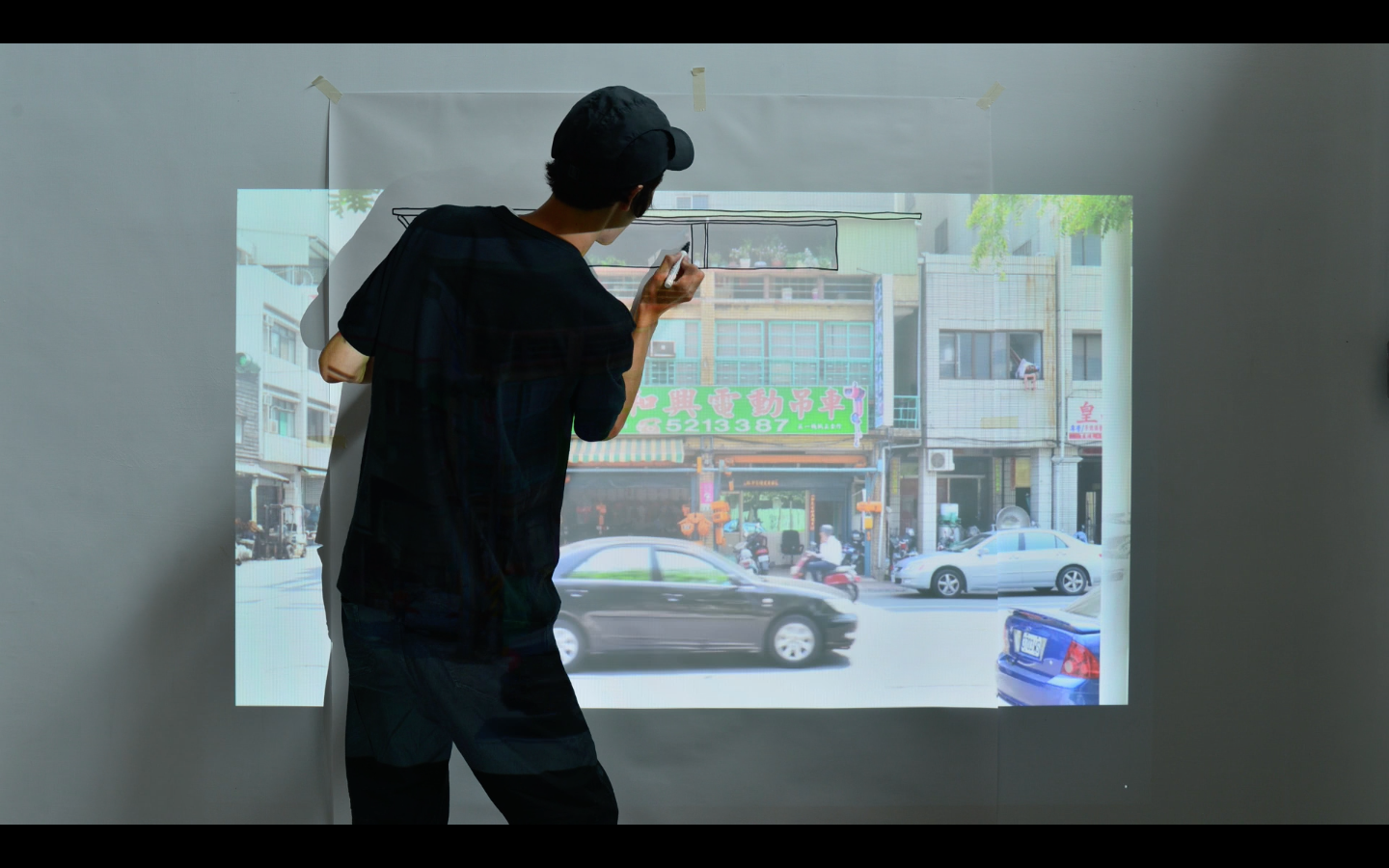 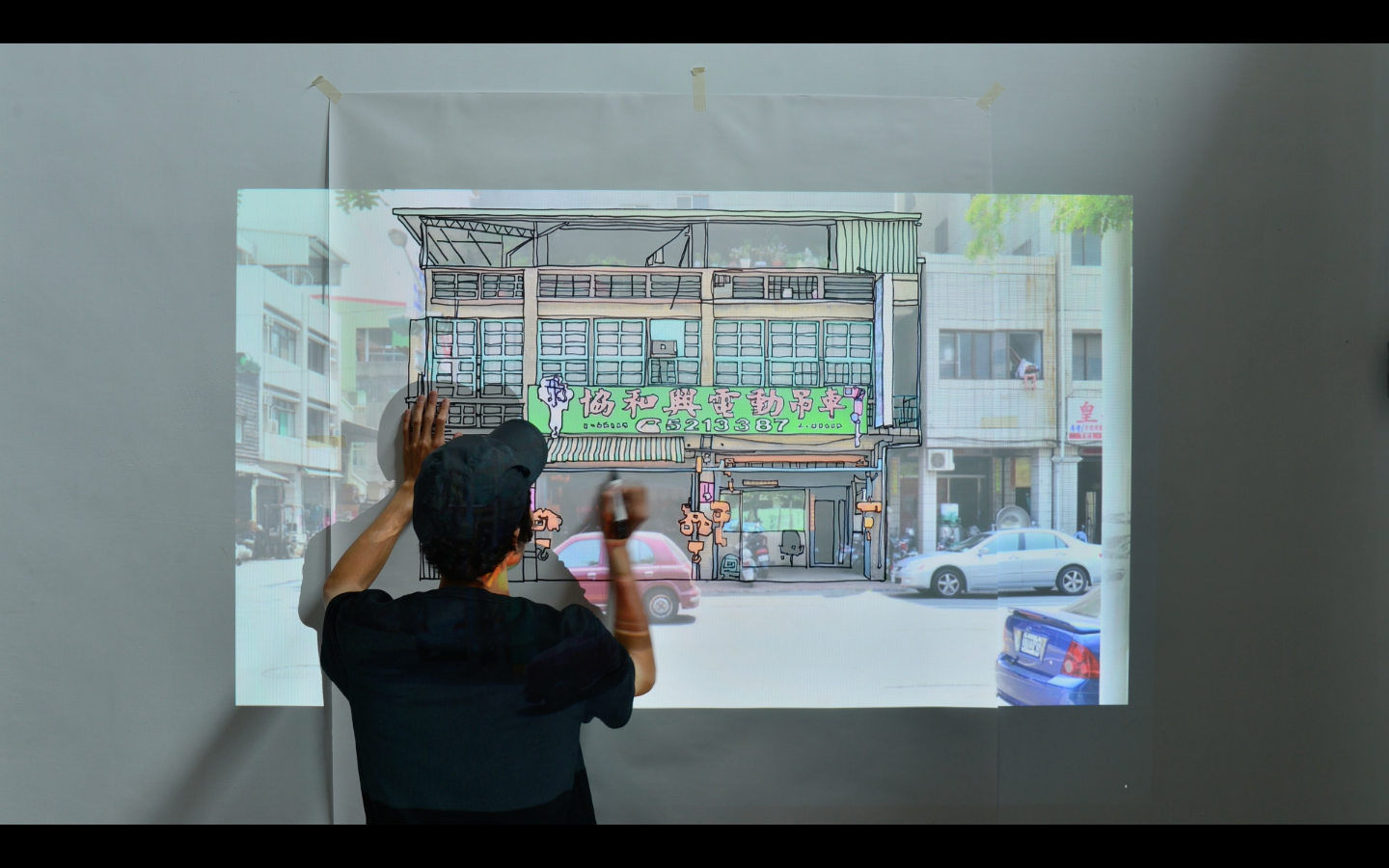 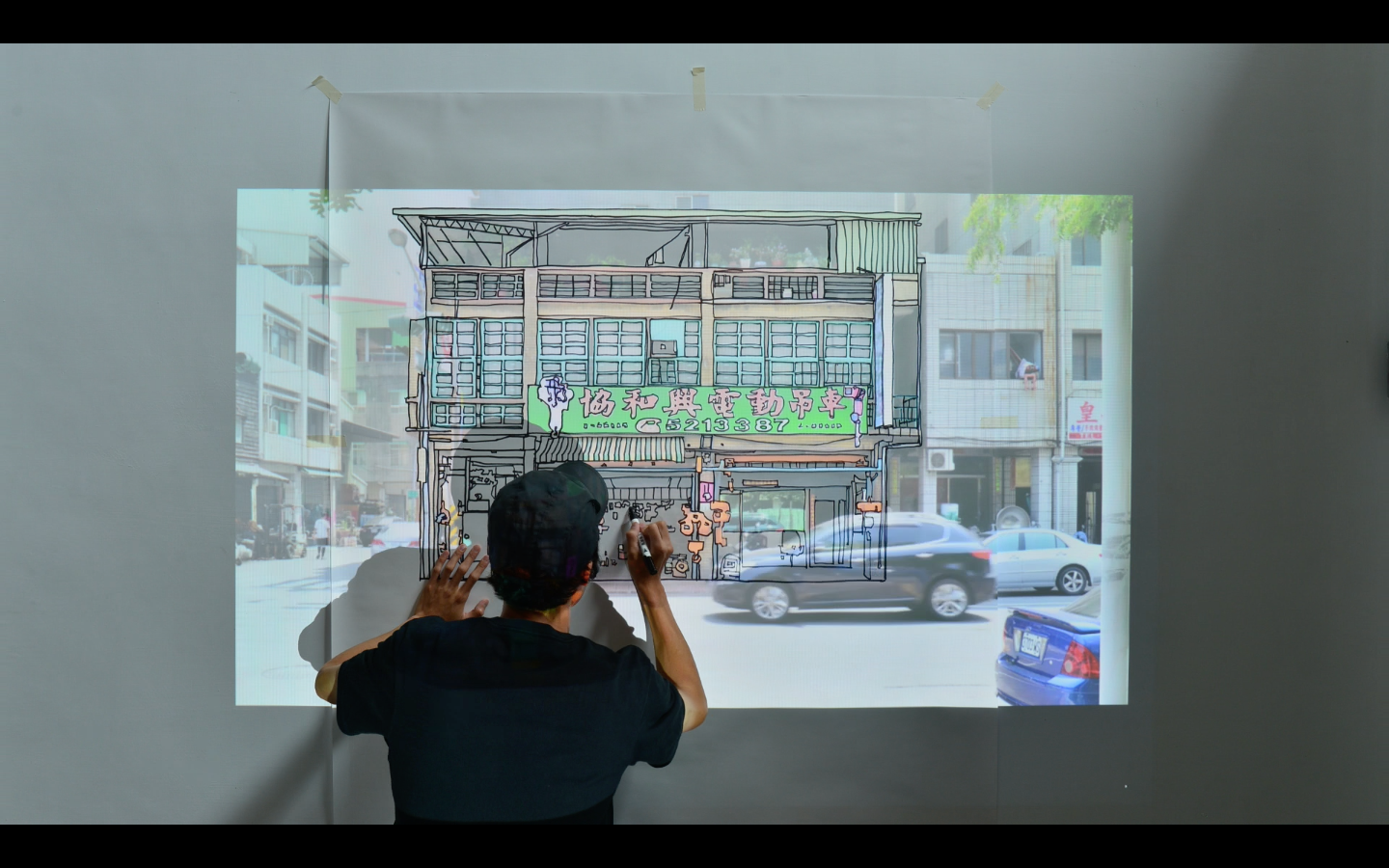 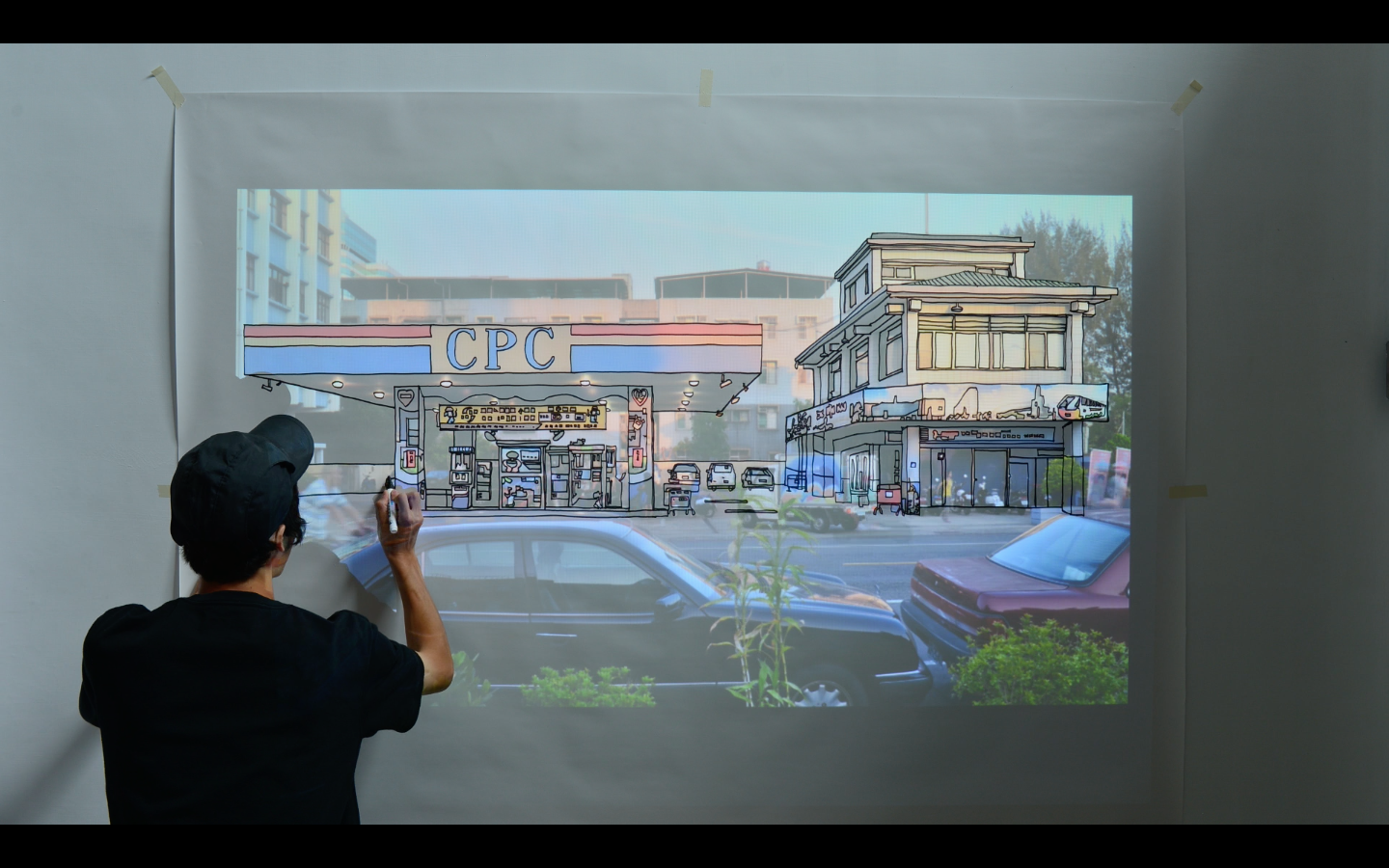 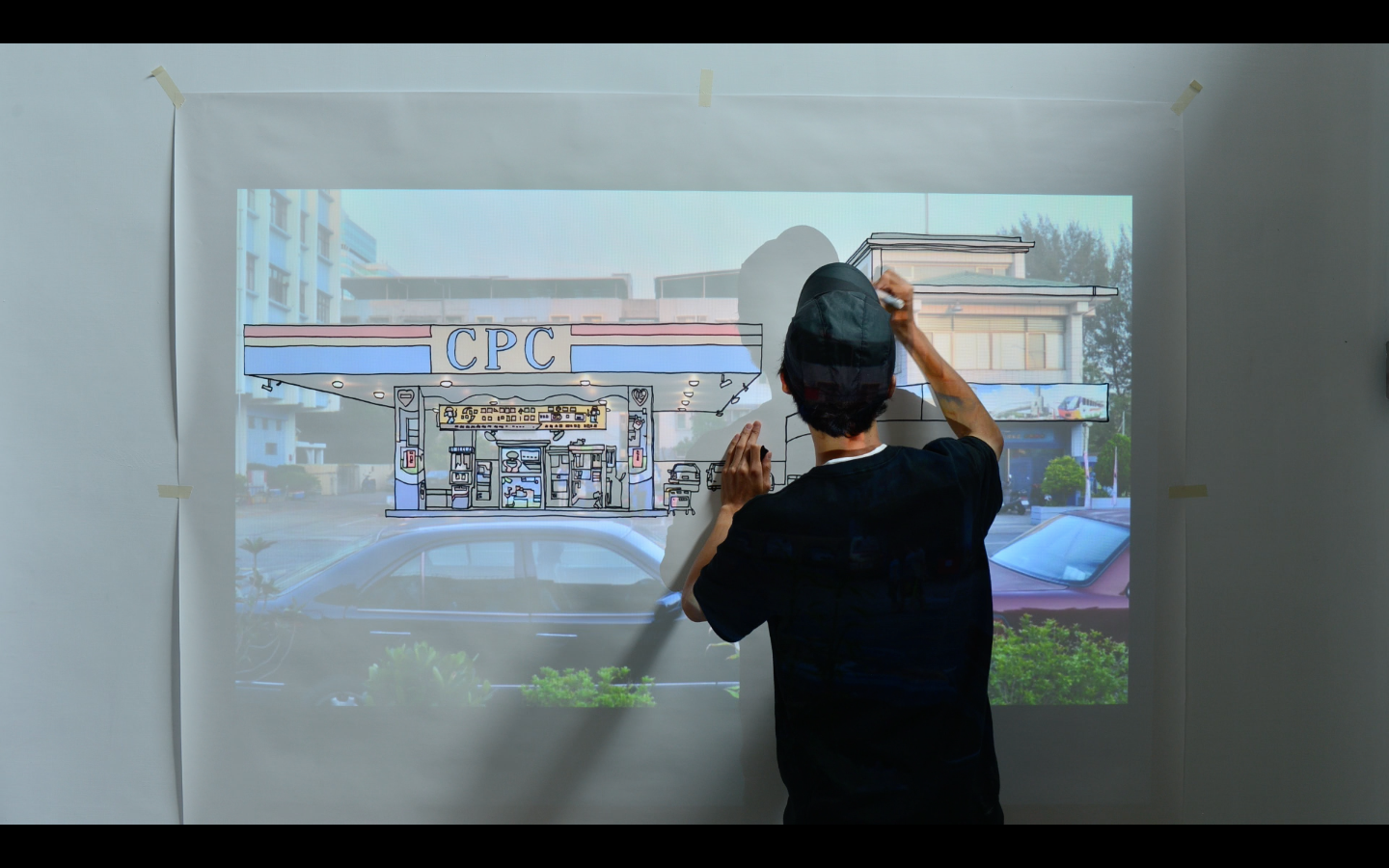 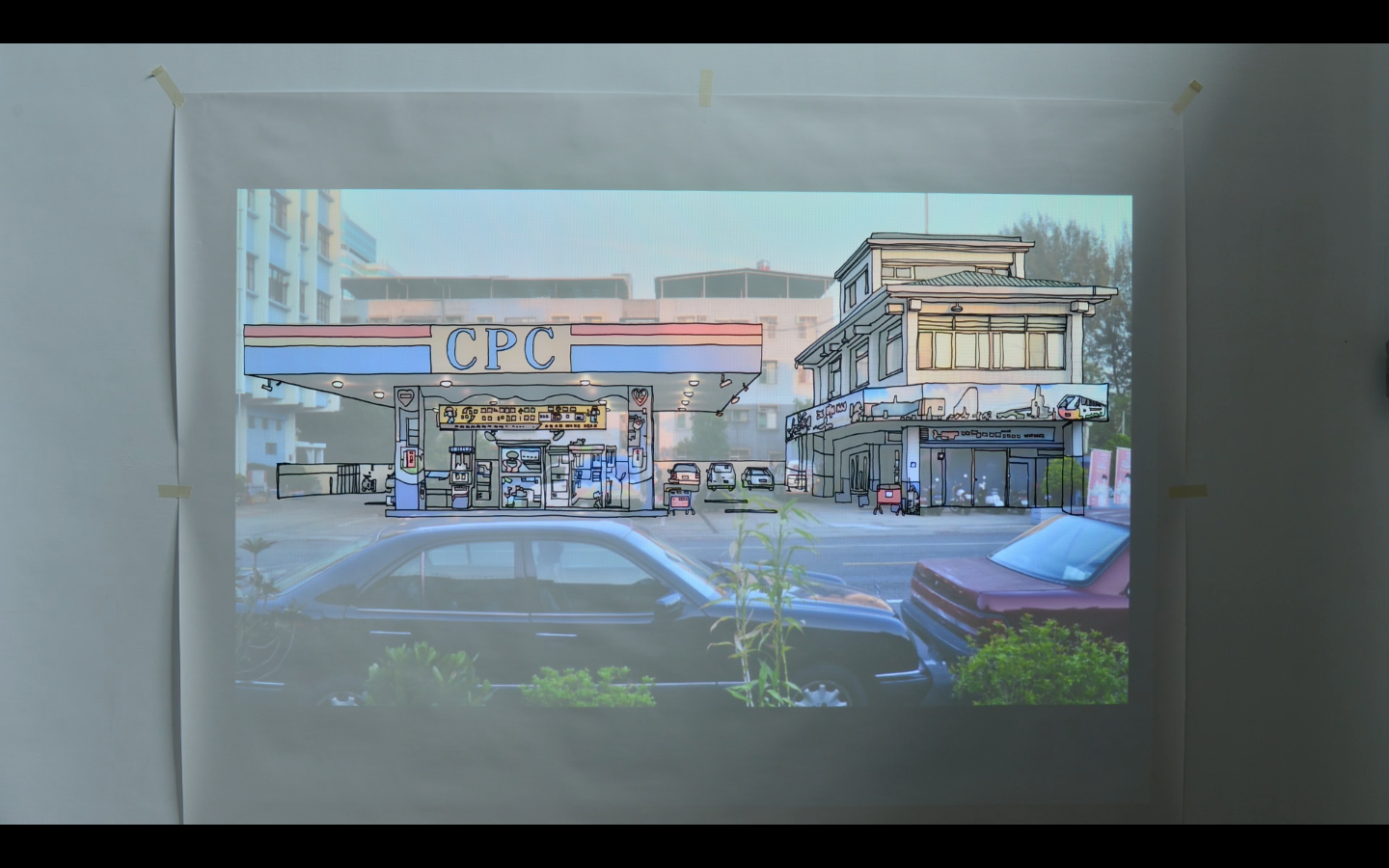